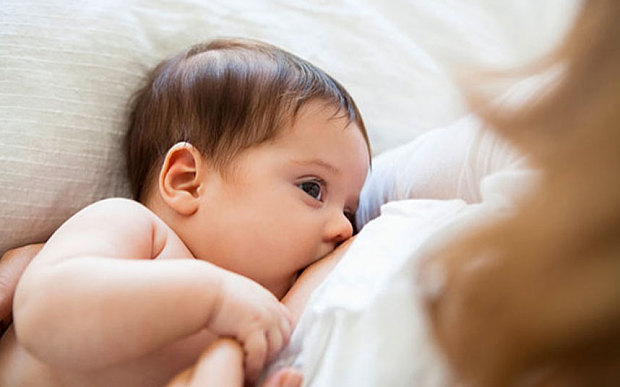 Why do we as a country have such an aversion to breastfeeding? Other countries certainly do not feel this way and I think it   reveals how we have viewed nudity through the media in our culture.  To me, I believe the issue lies in the fact that we are sexually repressed as a nation and have been for decades.  In some countries, people do not view nudity as an anomaly as the prevalent nude beaches show.  They see nudity as a part of human nature and it is not treated as an abnormality.  If you don’t believe we are sexually repressed, you just have to watch an episode of Girls Gone Wild.  Because they are sexually repressed in their everyday lives, they feel they must release this pressure over Spring Break, where it is socially acceptable to display your sexuality.  These notions of nudity stem from the old Hollywood movies of yore, where nudity was strictly forbidden.  Then, as Hollywood matured, they enacted rules and regulations and as such, movies pretty much only showed breasts where scenes of sex where involved, and this equated breasts and nudity with sex in our minds, because it was the only time we saw them in popular culture.

When people see a woman breastfeeding, they equate the breast with sex and find it appalling, but it is only because they have been conditioned to see it for so long in a sexually-repressive society that they find it repugnant. It is a social construct, not a tenant of morality to show your body and have it deemed vile.  It is incongruous to think that the two are somehow linked, but linked they are in our social conscience as we can’t see one without thinking of the other.  We’ve been made into Pavlovian dogs by well-meaning entertainment that was trying to protect our consciences, but instead, subverted our ideas of what the human body should represent.  The human body is a work of art that we can only appreciate if it’s clothed or seen nude in socially-acceptable situations like Spring Break and strip clubs, but not on the bench in the park.  Think of the children!  What children?  The one she is feeding?  It is not that we have dirty minds that we equate breasts with sex, but it is our culture and media that have shaped us into this view and that is what we must realize.

If you never realize the origins of your fears, you will never be able to confront them.  We fear nudity because we have been told it isn’t decent and attributes to the downfall of society, and as such, we can only enjoy it as an act of rebellion.  You have in fact fetishized nudity.  Nudity does not equate sex and for that, we have to take back our social conscience as a whole.