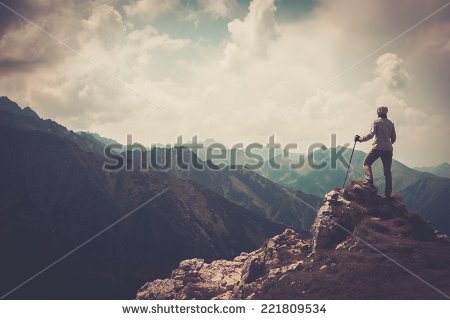 We talk about confidence all the time, but it’s not as easy as you think.  You either have confidence or you don’t.  For those who don’t have it, it’s really hard to understand.  Confidence can be broken down into self-esteem and self-respect.  First off, what is self-esteem?  How is it different from self-respect?  Is there a difference?  Yes.  Some people respect themselves highly and know they would never let someone else disparage them, but if they have low self-esteem, they may still believe it.  The two can exist independent of each other, however, those who have high self-esteem usually respect themselves as well, but those who have low self-esteem can still respect their selves outside of who they are. Whereas self-respect plays to how a person is treated by others, self-esteem plays to how a person treats themselves based on how they feel about themselves.

Self-esteem is where true confidence lies.  People who have high self-respect may portray themselves as confident, but it is not complete unless they also have self-esteem.  So, how does one go about building their own self-esteem?  It’s not as easy as you think.  There is the old adage of believing in who you are but how do you get there if you don’t have the tools?  I find many people simply don’t believe in themselves.  They will not let someone walk all over them, but they walk all over themselves.  They believe they are not worthy and accept a defeatist attitude because they think they will fail anyways so they do not even attempt to try.  This is because they fear failure.  They fear looking like a fool.  They fear being laughed at because they are not good enough.

These are all internal fears.  They have no bearing on their actual strengths in the real world.  To believe in themselves, they must forgive themselves for embarrassing memories they still hold on to.  Out of all the memories you hold, why do you still vividly remember this moment?  Because you do, you can never let go of the guilt and shame attached to it.  It does you no good to hold on to it.  Instead, attach a good thought to it.  I used to remember certain events all the time such as why did I say that horrible thing to her that I shouldn’t have?  Then I attached the thought of ‘but that doesn’t make me a bad friend.  It was the truth, but I shouldn’t have said it and I have learned from it.’  When I thought back to this memory, I would think of the good note as well and soon enough, the memory faded from my mind because the shame and guilt disappeared with it   The memory itself does not change, but how you feel about it has.  We cannot control the past, but we can control how we feel about it.  When we can move past the shame and guilt, we are free to learn from the experience.

Once you have done this with past memories, you can build on the foundation of who you are.  You can do this by living faithfully to your own words.  How this works is that you simply try not to contradict yourself.  If you ever call someone selfish for not sharing, you will make sure that you share.  What this does is two-fold, for you will watch what you say about others and watch your own actions so you are not a hypocrite.  Some will say you can simply set really low standards and fulfill this, but even those people will contradict themselves eventually.  If you adhere strictly to your beliefs, you will gain self-confidence and pride in who you are.  You are conscience of others and accountable to your own words.  This system will set you up for success because if you feel sure of yourself because of your actions, others will perceive the same of you.

This is how confidence is built.  Oftentimes, you can tell a child ‘you’re so smart’ and think this instills confidence in them, but it does not.  They already know they are smart so you are not building their confidence.  They simply see this as a fact.  If you build on their negative experiences, you will get them to FEEL better about themselves.  If they ask a classmate out and are rejected, they may feel horrible about it and never ask anyone out again.  However, if you ask them to see the positive, they will feel good about the action.  If you tell them ‘you got an answer.  It’s not the answer you wanted to hear, but now you know.  Some people go their entire lives without ever knowing, but you had the courage to ask and you know.  Aren’t you proud of that?’  This gets them to see their mistakes in a positive light and they do not attach negative connotations to the memory then.  Confidence is not how we think about ourselves, but how we feel about ourselves.