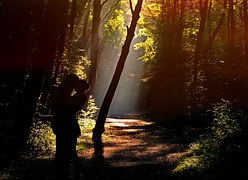 I just finished watching The Lobster, where Colin Farrell lives in a society where you need to carry papers to prove you are part of a couple, and they send you to a retreat where you have 45 days to find someone if you are newly single.  If you don’t find someone, they turn you into an animal or people can hunt you if you leave the hotel and become a Loner, who are forbidden from love.  I earned bonus points for watching it with a slightly Autistic boyfriend who asked why I was laughing so much at the absurd deadpan dialogue that had no hint of subtext.  Subtext is the language of love and if you don’t get it, you’re always on the periphery, wondering what you’re doing wrong.  In a world without subtext, everything is clear and free from innuendo, making it a paradise for those who are may not be socially-adept at the rules of dating.

So what happens to those who live in the real world and don’t understand subtext.  You don’t have to be Autistic to not grasp what people are trying to convey, which can be exasperating to those giving the clues and utterly confounding to those receiving.  People don’t want to shout their desires, so they slyly put them out in varying shades and the receiver is supposed to deduce what their wishes are based off these clues.  Because no on one wants to be rejected, we employ these tactics to protect ourselves, but then grow angry when the other party does not understand the subtly in our language.  And yet this is the dance of courtship.  Those who are better at understanding subtext and subtle tips will succeed at the game better, but that does not mean they are the most suitable matches in the game.

You can certainly learn to read the clues better if you are one that does poorly at the game.  Don’t be afraid to ask questions and learn from your mistakes, for it may not work out with this person, but you will be able to use your knowledge with the next one.  Even those who are particularly suave didn’t start out that way.  Learn to read body language and a person’s tone.  Listen to what your date is saying.  If they are asking you a question about doing something, ask if that is what they would want to do.  Be engaged in the conversation and ask follow-up questions.  Your date will think you actually care about them.  Remember small details.  Subtext is all about learning what the other person really wants.  If you can get to their heart in the meantime, you won’t necessarily need the clues.